After returning to the US in August and jumping back into the busyness of school, I Finally have the incredible opportunity to write you- my supporters and prayer warriors. This short post will not even begin to describe all the emotions, sights, people, and experiences that last summer held for me. However, my hope is that this letter would be an encouragement to you by allowing you to glimpse just how much God used your prayers and support to advance His Kingdom.

To be completely honest, the summer of 2012 turned out to be nothing like I expected it to. I went to the Philippines skeptical of what God could do with a handful of young, untrained college students. God proceeded to dash every one of those expectations and to replace them with the reality that He is a God who can do anything through anyone.

The main reason I applied to go on this healthcare team is that I had always been far more comfortable with helping people physically than I was with helping them spiritually. God saw this weakness in my walk with Him and He used this summer to change that. I was able to carry out some very interesting medical procedures (namely; tooth extractions and circumcisions), but the bulk of my summer was spent building relationships and preaching the gospel in the village of E.G. Montilla. 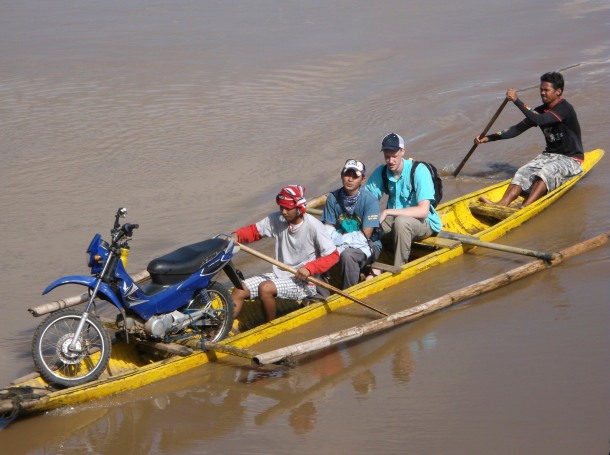 My team and I primarily used Bible stories to convey the gospel of the Kingdom. Every day we met in different villagers’ houses and taught them whatever God laid on our hearts. I never ceased to be amazed by just how hungry for Truth these people are. Since I am an American male, the Philippine people assumed that I was a pastor, so every Sunday I was expected to preach at whichever church we were visiting that day. Never have I been so far out of my comfort zone! Thankfully, my lack of knowledge and training was never a problem- God gave me the words to say in every situation and He taught me so much about trust through the experience.

When we ﬁrst entered the village of E.G. Montilla I could truly sense the overwhelming darkness that was present. The people were trapped in an endless cycle of physical poverty that was deeply rooted in their spiritual poverty. Most of the inhabitants had embraced an extremely nominal form of Catholicism that left them with little hope. The longer we lived in the village, the more aware I became of all the lies that Satan had used to bind these people with. Most of them had heard a broken, fragmented form of the gospel, yet very few of them had ever heard the true gospel of grace or actually seen someone live that gospel out in front of them.

When we ﬁrst walked into this village, it contained only a scattered handful of true Christians. When we said our goodbyes at the end of the summer, we left a house church of twenty-ﬁve people. Simply being a part of this move of God in E.G. Montilla was such a joy! It showed me that God isn’t looking for the smartest, the best, or the most gifted people to do His work. He just wants fools who are willing and obedient to follow wherever He leads. If He can use a few untrained college students to start a church in another country, then He can do anything! I wish I could even begin to thank you enough for all the prayers and support that you have blessed me with this summer; a few words on a piece of paper could never be enough. 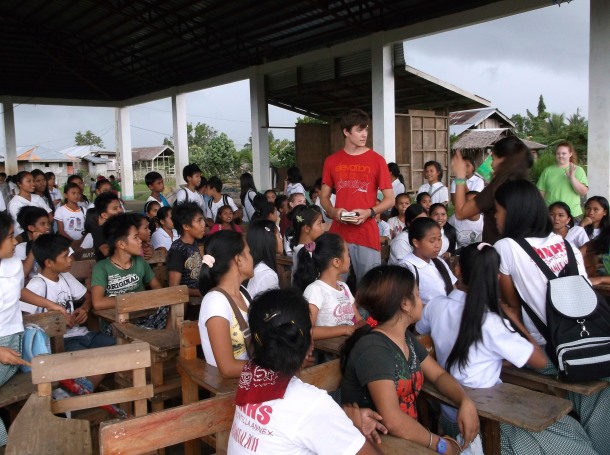 I would like you to know that God used every bit of support and every single prayer for His glory. Because of your generosity, I was able to minister in the Philippines all summer as well as support the Christians in E.G. Montilla as they begin to build their church building. Because of your prayers, I was constantly strengthened by the Spirit even on the hardest days that my team faced. I was also able to watch the darkness melt away from this village and see many people encounter the love of God for the ﬁrst time.

One of the translators I was able to work with this summer was called by God to stay in the village for the next three months to continue the work that we started. Her primary mission is to disciple the leaders that rose up in the new church body and to continue to build the Kingdom in that village. Her name is “Chacha” and she is one of the strongest, most on-ﬁre women of God I have ever met. Please keep her in your prayers during these next few months; there is still much work to be done in E.G. Montilla.

None of this would have happened without your prayers, So I thank you for being faithful with the time and resources God entrusted to you. The Kingdom of God is released by people like you who are not afraid sacriﬁce and pray for God’s Kingdom to be on earth as it is in Heaven. My prayer is that God would bless you because of how you have blessed the people of the Philippines. Farewell friends! Rest in the vast love of our Father!

Your Brother In Arms,

3 thoughts on “Philippines: A Summer In 60 Seconds”

Stuff I Write About…